skip to Main Content
The New GOLD STANDARD. Leading the world in ending the loneliness epidemic one phone call at a time. 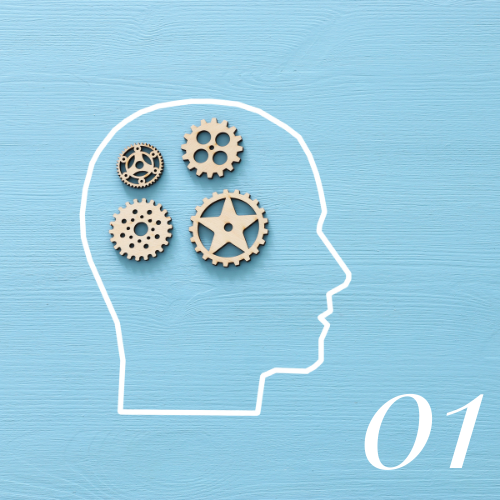 I’m going to give you a little bit of backstory and talk about my journey with being diagnosed as an adult with ADHD. I would say it was probably eight years ago that I began questioning my neurotypical status. I had a lot of difficulties, concentrating, completing tasks and I was easily overwhelmed. Working in a business where I manage many processes, with a lot of outcomes, and I’ve learned to be very successful at that. But this was before I had a team. This was before I was as established as I am now in my career.

So, what did I do? I went to a girlfriend of mine who was an elementary educator. I’ve taken a bunch of the quizzes online, and I test pretty high for ADHD. I said, “Do you think I have ADHD?” She’s like, “Do you think you don’t?” I thought that was a hilarious answer. It was obvious to people in my world, but it wasn’t necessarily that obvious to me.

I’ve learned that for women, oftentimes, we are not diagnosed with ADHD or autism or any neuroatypical situations until much later in life.

Girls are often conditioned to be good docile. We don’t speak up when we have needs the same way the boys do. So, the hyper-activity piece of the ADHD isn’t necessarily what they attribute to girls and women.

As you approach midlife, which I am, we noticed that ADHD shows up for women, especially as their hormones are changing. It becomes more of a pronounced sort of a disability or a differently-abled ability. So, I ultimately ended up going on some stimulant medication, which is the typical course of treatment for ADHD. I did this as an adult, and that was a very interesting journey. It took me about a year to actually get onto a medication that worked well for me.

I’m not your typical person in general. If you’ve met me, you know that I got a billion interests. I’m highly conversational and I like intimate relationships as well as connecting with people very deeply. I have some emotional intelligence that’s over and above what a lot of people have. In some ways, I think that was part of the compensatory set skill set that I put together to work around how my brain works.

The next set of treatments that I did around ADHD was something called neurofeedback. I finished neurofeedback last December, and I had done neurofeedback for about a year. That is where they put electrodes on your head and retrain your brain wave patterns based on an initial brain scan. It allows some of the on-ramps and off-ramps of how the alpha, beta, theta, delta brain waves all work together. I have a very typical ADHD presentation when you look at my brain scan. And from December of 2018 through December of 2019, I changed how my brain worked.

So, the next step of my journey (in really trying to get my brain in a place where it works really well for me) was to deal with some of my trauma.

We all have trauma. I believe that in this time of the global pandemic, our whole lives have changed. We’re all wearing these masks. We’re all subject to ways of being that we’re not used to. That impacts how we can relate as humans- the way humans have related since we’ve been humans.

I think that if you were at all stressed out just by life in general, your stress levels have been increasing since February or March. And if you have any ancestral, developmental, or relationship trauma that has been a part of your life, that’s probably getting pressed on pretty hard. Especially in this time of the quarantine and shutdown and just how much the world is changing right now.

Wishing you The Gift of Honesty,

Myth About Wanting Love -Debunked: 1 - It's always better to solve a problem right…

How to Get Coaching to Support Your Next Challenge

Copyright GeboCall - All Rights Reserved 2022
Back To Top